FULL MOON NAMES FOR EVERY MONTH

While there is no definitive list of names for each month's full moon,  there are many commonly agreed upon names.  These are mostly attributed to Native American culture in our country, but many also come from Christian, medieval, or pagan, sources.

January – Wolf Moon  as wolves were often heard howling at this winter moon.
February – Snow Moon for obvious reasons.  But also referred to often as the Hunger Moon as food supplies began to run low.
March – Worm Moon as worms began to become more active in the soils.  But it is also called the Sap Moon – a reference to maple sugar production which takes place at this time, or Lenten Moon by early Christian settlers.
April – Pink Moon as pink ground phlox appears around this time. The Old English/AngloSaxon name is Egg Moon. It is also known as the Paschal Moon because it is used to calculate the date when  Easter is celebrated that year.
May – Flower Moon as spring flowers become more prevalent.
June – Strawberry Moon as this is commonly strawberry picking time.  This is one of the most universally agreed upon moon names.
July – Buck Moon. Buck deer start growing velvety hair-covered antlers in July. Frequent thunderstorms in the New England area also resulted in the name Thunder Moon. Sometimes also called Hay Moon.
August – Sturgeon Moon as these fish were most easily caught at this time. The reddish appearance of the moon through the frequent sultry hazes of August also prompted a few tribes to dub it the Red Moon. Another name was the Grain Moon.
September - The strong light of the Harvest Moon allowed planters and farmers to work late into the night to harvest their crops. The Harvest Moon does not always occur in September. Traditionally, the name goes to the full moon closest to the autumn equinox, which falls during October two or three times a decade.  The Harvest Moon is the only Full Moon name which is determined by the equinox rather than a month. Sometimes the September full moon is called the Corn Moon.
October – Hunter's Moon.  Full and fattened prey such as deer are more easily tracked or spotted under this bright Moon.
November – Beaver Moon. At this time of year the beavers are busy preparing for winter, and it's historically the time to set beaver traps and secure a store of warm fur before the swamps freeze over. Sometimes called  the Frosty Moon.
December – Cold Moon.  Sometimes this moon is also called the Long Night Moon as the winter nights lengthen and the moon spends more time above the horizon opposite a low sun. The full moon name often used by Christian settlers is the Yuletime Moon.
Blue Moon - the exact dates of the full moons change from year to year. Most seasons have three full moons, but  some seasons have four full moons. The term "blue moon" is used to identify one of these extra full moons.
Wild Turkey Facts
Wild turkeys roost (sleep) in trees
Wild turkeys can fly 40 to 55 miles per hour
They can also run more than 12 miles per hour
​And they can even swim!
Turkeys are the largest and most popular game bird in NYS
​The above information is from NYS Conservationist for Kids.  Conservationist Kids magazine has fun activities and information on topics ranging from wildlife and fishing to recycling and air quality.  You can subscribe to Conservationist magazine and receive the Conservationist for Kids. It is also available online at https://www.dec.ny.gov/education/100637.html 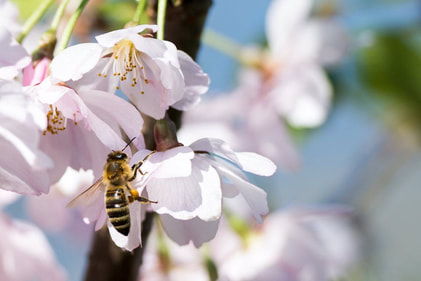 Pollinators
Can you name TEN pollinators at work in our park?

(The first few are pretty easy – but the last few may stump you!)

As you know, pollinators help plants produce fruits or seeds. There are more than a thousand plants for food, medicine, or other purposes that require the help of pollinators.
So, pencils ready! See if you can list TEN pollinators in this area. Answers: click here